The game plan for your life

Based on discussions and statistics showing alarming numbers of retired athletes having financial difficulties after leaving their professional careers, retirement is something that needs to be addressed.  By 2030 - after having 10,000 baby boomers a day turning 65, they will all have reached retirement age.  Outliving income is the number one concern for all involved
Cathy Gumbiner and her team at Hall of Fame Financial along with other athletes and industry professionals look to help educate people and players on the importance of financial literacy.
With their unique skills, professional athletes can build up significant wealth. But what happens when their playing days are over? Unfortunately, tragedy comes upon a majority of retired professional athletes.

In a 2009 review of athlete finances, Sports Illustrated reported 78% of NFL players are bankrupt or under financial stress in two years of retirement (Source: How (and Why) Athletes Go Broke, Pablo S. Torre, Sports Illustrated, March 2009, SI.com). It’s an indicator of what retired athletes can face. Financial stress can come from joblessness, divorce, health problems, outstanding liabilities, or other influences. But these alarming stats don’t have to be representative of an athlete’s post-career life.

There are a number of factors which can cause financial downfall:
Even though annual salaries are huge – the average yearly compensation for an NBA player is $5.5 million, for example – the paychecks won’t be coming indefinitely. The average playing time tends to be short – the average career span is 3.5 years in the NFL and 4.8 years in the NBA (Source: From Stoked to Broke: Why are So Many Professional Athletes Going Bankrupt?, Ross Crooks, February 2013, Blog.Mint.com). That’s a small window to get sizable earnings overall, and even with the large amount of compensation, a professional athlete’s annual salary is subject to heavy taxes.

Many professional athletes have experienced financial trouble for different reasons. There are a few notable profiles which show why it’s important to begin financial planning now instead of later (Important Note: All athlete stories below taken from these sources: Top 15 Athletes Who Surprisingly Went Broke, Chris Martin, November 2014, TheSportster.com; 10 Athletes Who Earned Millions, Then Lost It All, Ashley Barnett, MoneyUnder30.com; 15 Athletes Gone Broke, TheRichest.com)

• Mike Tyson – As one of the most famous names in boxing, Tyson earned over $400 million in his boxing career. Nevertheless, he filed for bankruptcy in 2003, claiming debt totals of $27 million. Tyson owed $13 million to the IRS and $9 million for his divorce settlement. The New York Times reported Tyson spent millions on things like mansions, luxury vehicles, and even pet tigers. Almost all of his $400 million in earnings was gone. It was hard for Tyson to recover from years of extravagant, frivolous spending.
• Lenny Dykstra – As a three-time All-Star player, Dykstra was an instrumental force for the New York Mets and Philadelphia Phillies. He was one of the leaders behind the Mets’ World Series victory in 1986. During his playing career, Dykstra had a reputation for being an over-the-top free-spender. He became more conservative with his money post-career, but eventually the many years of extravagant spending took their toll. By 2009, Dkystra had to give up his World Series ring to make ends meet. When declaring bankruptcy, he claimed $50,000 in assets and $50 million in liabilities – an extremely hard pitfall from which to recover.
• Mark Brunnell – As an accomplished quarterback, Brunnell includes in his career playing for the Green Bay Packers, Jacksonville Jaguars, and New York Jets. Over the years, he earned over $50 million. Despite this success, Brunnell filed for bankruptcy in 2010. In the process, Brunnell listed assets of $5 million and liabilities of almost $25 million – nearly a $20 million gap. Some of the financial trouble stemmed from unsuccessful real estate ventures and business loans.
• Antoine Walker – In the NBA, Walker earned $110 million after playing for 5 teams over a 15-year span. He won an NBA Championship during his career. Despite his very sizable earnings, he filed for bankruptcy in May of 2010. In Walker’s bankruptcy filing, he claimed assets of $4 million and liabilities of almost $13 million. Where did his financial trouble come from? From spending all of his $110 million in earnings! It’s been reported Walker blew millions on a luxury car fleet, custom clothing, personal real estate properties, and excessive gambling.

Without proper preparation, financial stress or even bankruptcy could be around the corner. But it doesn’t have to be. Taking proper measures will help you preserve your wealth, enjoy your lifestyle in retirement, and have funds available when any unforeseen events arise.
At Hall of Fame Financial, we can help you with your own personal game plan for life.

Our team will offer personalized strategies with partnerships that will help  you achieve your objectives. It is our aim to address your financial distractions and let you be free to concentrate on your professional career. Let us know how we can help or if you have any questions.
Contact us for more information

Hall of Fame Financial's goal is to provide the education, additional income opportunities and second career options that will help eliminate these statistics. Learn more about these at our events coming soon to your area. 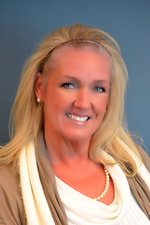 Cathy started in the insurance industry in 1999. Learning from some of the industry greats at Prudential, LifeUSA/Allianz and Thrivent Financial, she was able to have the opportunity to talk to literally thousands of clients, agents, as well as several marketing organizations across the country. As a licensed and certified CE instructor, she has conducted hundreds of seminars, webinars and workshops on topics surrounding financial literacy.

Cathy’s experience has equipped her with all of the necessary skills to align the appropriate opportunities and education for each individual player, their families and the general public. Her passion for sports, specifically Minnesota Vikings football, and learning about the physical and financial problems of the retired athletes - was what brought the idea of Hall Of Fame Financial to light.  Her many connections with advisors and insurance carriers as well as athletes and celebrities helps bring connections to support the mission of creating educational tools and partnerships that will enable people to live out their lives in their homes longer and without outliving their income.
​
Cathy lives in Chanhassen, MN and has three wonderful sons; Keaton, Austin, and Mason.

With a family background deeply embedded in the armed forces, Cathy supports causes that help the military vets suffering from PTSD and Traumatic Brain Injuries.

Spending time with family and friends up at the family cabin near Hayward, WI, is where you will find her most weekends in the summer months.